Home Others Some Interesting Facts

Here are some interesting facts that will make you feel amazed. Check out the list and keep thinking about it for a while.
Some Interesting Facts

1. The strongest muscle in the body is the tongue.
2. One in every 2000 babies is born with a tooth.
3. Girls have more taste buds than boys.
4. Males produce one thousand sperm cells each second – 86 million each day.
5. The human brain takes in 11 million bits of information every second but is aware of only 40.
6. About 65 billion neutrinos will pass through your fingernail in a second
7. A dog’s sense of smell is 1,000 times more sensitive than a humans.
8. Octopuses have three hearts.
9. Ants never sleep!
10. When the moon is directly overhead, you will weigh slightly less.
11. Alexander Graham Bell, the inventor of the telephone, never called his wife or mother; because they were both deaf.
12. An ostrich’s eye is bigger than its brain.
13. “I Am” is the shortest complete sentence in the English language.
14. Babies are born without knee caps – actually, they’re made of cartilage and the bone hardens, between the ages of 2-6 years.
15. Happy Birthday (the song) is copyrighted.
16. Butterflies taste with their feet.
17. A “Jiffy” is an actual unit of time for 1/100th of a second.
18. It is impossible to sneeze with your eyes open.
19. Leonardo Da Vinci invented the scissors.
20. Minus 40° Celsius, is exactly the same as minus 40° Fahrenheit.
21. The sentence, “The quick brown fox jumps over the lazy dog” uses every letter in the English language.
22. “TYPEWRITER” is the longest word that can be made using the letters on only one row of the keyboard.
23. You can’t kill yourself by holding your breath.
24. The names of all the continents end with the same letter that they start with. 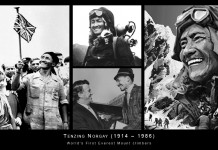 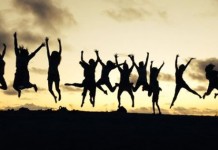 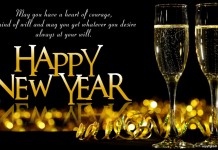