This story revolves around Mina – a girl from Manargunj village, who was married to Ajay Singh – son of the head of the village. Ajay and Mina got married when they were Four. They were tied together at a very young age, when they had no idea about marriage. Mina was staying with her family till she was 16. It was the rule of the village that the girl should stay with her family till she turns 18. But Mina’s parents died when she was 16 so she was brought back by her in-laws.

Mina was very talented girl. She scored 92% in her SLC exam. But girls from that village were not allowed to study after they come to their in-laws. She was taught to do household work from her childhood as she was already married. When she came to her in-laws she had to fulfill her responsibility of being daughter-in-law. So, she had to leave her studies. Ajay was in the city for his further studies, but Mina was in the village. She wanted to study but she was not allowed.

Mina spoke to Ajay and requested him to let her study further, when he came during a festival. Ajay was open-minded so he decided to talk to his parents about it. His parents got furious after listening what he said. They were very angry at Mina for being demanding. They tried to tell Ajay not to let her be so demanding to which he replied,” She has the right to demand with me for what she needs as I am her husband and I will fulfill my responsibility towards her”. His parents were shocked but couldn’t do anything. Ajay permitted Mina to study and took her with him so she resumed her study.

After two years Mina gave birth to a boy. She was again brought back to Manargunj. Her in-laws had hidden about her resuming her study even after marriage from the villagers as it was against the rules. She was also aware of the same. She stayed there for six months and then Ajay decided to bring her back because she was missing her study. When Ajay came to take her back his parents said Mina to stop studying. She was mum but Ajay took her by his side.

When they were discussing the matter one of the villager heard and informed to others. They got furious on Ajay as he broke the rules; so, all the villagers decided to punish hiim as well as Mina. On the way back Ajay was killed. Mina was shattered. The family brought her back and then blamed her for killing Ajay. They accused her for not listening to them and studying after marriage against the village leading to Ajay’s death and even abandoned her.

When she got to know that Ajay did not die in an accident but was killed by the villagers she was stunned. She was furious with the villagers. She then decided to study to fulfill Ajay’s wish and change the village. She ran away from the village one night and came to the city and even changed all her contacts and address. She studied hard and was selected for a government job. She worked harder and studied well and became an District Magistrate.

It took her 5 years to become a District Magistrate. She then came back to her village shocking everyone. When she came back she found everything same except her existence. She was dead for the village. She came back as a Tornado and changed the village completely by breaking all old rigid rules forming new rules. By the time, she had become so powerful that all the protests done by the villagers was in vein.

She formed a community from other weak and old victims of the village’s rules. She made it strong enough that it was able to change the village with a 360 degree change. 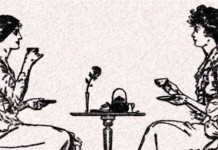 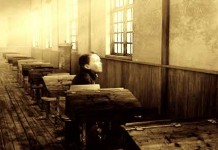 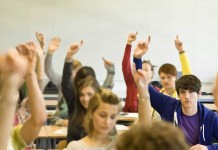