Out of many places I’ve ever visited in my life, the most that I remember is the visit to Kalinchowk Bhagwati Temple. I had gone to this temple about years ago but the memories about this trip is still vivid. Whenever I tell someone about this trip, a kind of excitement runs through my mind and body.
Kalinchowk temple lies in the North-West of Dolakha district, 3800m above sea level which is about 5-6 hours walk from the Charikot (head-quarter of Dolakha district). The good part about this trip is we can choose to walk or go by bus. Even if we go there by bus, we have to walk for about 1 hour from the bus-stop to temple. 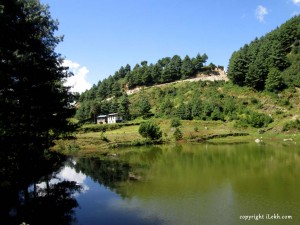 At that time when we had gone there, the only option available was on foot from Charikot (headquarter of Dolakha district). We were about 10 in a group who left to temple early in the morning at about 5 am. It was a cool morning. We all were excited because we had never walked such a long distance. As it lies in the hilly region, we had to walk through the hills. We had to cross jungles, sometime pass by river/pond, sometime bushes, sometime small villages. We could also see Yaks and goats grazing here and there. Sometime we asked people about the way to temple because it was our first time there and didn’t know the way. Though we were tired of walking up and downs through the hills, it was such a refreshment to see and walk through the natural scenes and sceneries. During the walk, we took some rest regularly and resumed the walk. Since we were going to temple, most of us didn’t eat anything. Our hunger was all taken up by the excitement of walking through such a amazing place. 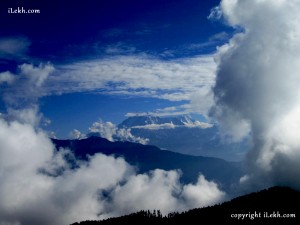 After about 6 hours, we reached to the temple. The Temple was at the top of the hill. We could see other hills from the top and they looked like the sub hills. We could see the breathe taking scenes of Himalayan range and awesome landscapes. It felt like we could touch the sky. We worshipped the God and took some rest there. It is also said that in the clear day, Darahara (kathmandu) can be seen from there but we didn’t see.
Click on “Next” button below to read more… 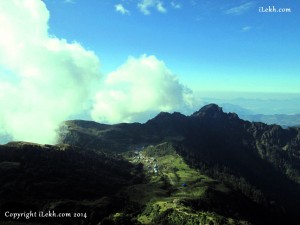 It was very windy at the top so we didn’t stay there for long. We got back to the base of that hill – Kuri where there were small hotels. We ordered some tea and snacks and stayed there for a while.
We shouted the name of each other and whatever came to our mind because that place was at the base of the hill surrounded by other hills and whatever we would shout, it’d come back to us due to echo. It was such a fun on doing that.

Since we had a plan to return on the same day, after staying there for a while we planned to start walking back to home. After walking for few minute we saw a next big hill. One of us in the group told it was a famous hill we should climb it too. Although We were already tired , we planned to climb that hill too. We walked straight up on way to hill. 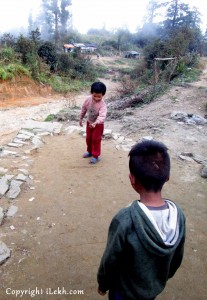 After walking straight up for about half hour, we reached the top of small hill and then we realized the hill that we were trying to go was still a bit far and the way too difficult to climb as we didn’t see any regular path to climb there. So we returned but it was worth climbing that small hill. At the top, there was such a refreshing view It seemed like, it was a religious place of Buddhists since there were the flags and “Dhoja-pata” all around. Staying there for a while, we started climbing down. As we were walking back, climate changed. It became cloudy and suddenly hail-storm started. And we started running. Since there were no houses, we started running on that hailstorm although we didn’t know the way properly. It was very cold and we were shivering. Some of us reached the Deurali (small village) soon and other later. As everybody reached Deurali, we took tea and then returned back to home. We reached home at around 6 pm. We took dinner early and we were too tired… Legs were hurting much so we went to bed early and fell asleep quickly.

It was such a memorable trip…. Long walk, laughing and joking, shouting, scenes and sceneries, talking to local people, running out on hailstorm…. Life time experience!!

The only thing I don’t feel good about that trip is I don’t have any pictures of those moments since we didn’t have a camera then. Its only in my memory but its good, I don’t need any device to relive those moments. 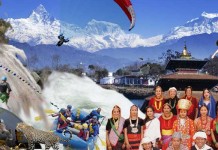 Best places to visit in Nepal 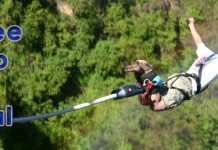 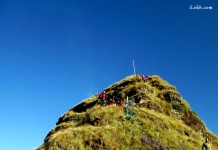