Participant ICC World Twenty2o – 2014, League division 3 title – 2013, Winner ACC Trophy – 2012, Runner up ACC Twenty20 Cup -2013, Winner Plate championship ICC Under-19 Cricket World Cup – 2006…. These are few of the marks that signifies the progress of Nepalese Cricket in the International arena. Senior Nepalese Cricket team is in its high level . Recent Twenty20 world cup 2014 is a proof of it being in high level where it was denied to be promoted to next round just by getting behind in run rate against experienced Bangladesh, where they got victory over Hongkong and Afghanistan in a convincing way. Cricket craze has gone to Everest high as the results have started to come. All the credit goes to the hard working & dedicated players, Coach and other associated person. Many fanpages have been created in facebook and many Cricket related websites have been launched to give information & activities of Nepalese cricket. As per analysis, all the success that we are seeing now is one and only due to the hard work of players and coach. There was/is not any proper infrastructures for the development of Cricket. There is not any proper Cricket stadium, practice hall, kits and such things.
If we go few years back, there was not any sign of future for the players by playing Cricket. As the success started to rise, many organizations and government also started to give some attention to the players and Cricket itself due to which a little hope has rose among the Cricket players and the Cricket lovers. Many commitment have been made and its upto the time to see the results. There is no any doubt that Nepal is playing better among the associates. Strong part of Nepalese Cricket is its bowling. Nepal is enriched with spin bowlers. And the dark side of Nepalese Cricket is its batting side. Almost most of the time Nepalese cricket team struggles with the bat. It’d be great to see some fast bowlers to support the bowling side as well. Few of the players have put them in the list of fast bowlers that could be key to the success of Nepalese cricket like Sompal Kami. Coach plays a vital role in the development of players skill and preparing them for the battle mentally and physically. There are many person who has contributed their part for the development of Cricket in Nepal but Roy Dias and Pubudu Dasanayake are the two names that Nepalese Cricket will never forget who has done more than enough for the development of Cricket here. There have never been a special coach for batting side and bowling side which is a “must be” thing in modern Cricket. Most of the associate country are already taking advantage by assigning separate coaches for batting side and bowling side. If Nepal wants to see itself playing competitive game against top Cricket nation, then respective organizations/agencies must be serious about this matter and proper stadiums, halls, facilities, proper coaches should be provided to the players and respective so that they can give their full without worrying about future being unsecured. There is a high risk that other country which is playing cricket as similar as Nepal in these days may leave Nepalese Cricket behind by marginal level within few years just because they are getting better facilities and exposures. Nepalese Government should make proper vision for the development of cricket from root level. As well as arrangement of regular international matches with good teams and domestic league matches would also benefit a lot in the development of Nepalese Cricket. Lets hope this is just the beginning of Nepalese Cricket… May it grow more and more… May we see Nepal being the legend in the History of Cricket. 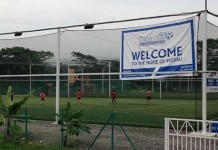 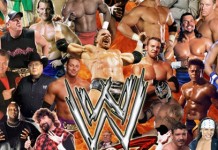