Home Motivation & Inspiration Do You Dare to Dream

Have you ever dreamt ?

By dreaming I do not mean the dreams that we get while we sleep. What I mean by dreaming is imagining that you would one day be someone who has achieved a marvelous feat in his life. I guess everyone once or many times in their life dreams about doing something but do they put in efforts to keep those dreams alive and be successful in what they thought they would do.

What generally happens is we dream big things when we are young. We think really less on the chances of those dreams coming true or even the possibilities of those dreams coming true. To begin with, we are naive when we are young. We think that anything that we set our mind on is possible. We may even work for it in high hopes of succeeding. So the question over here is why is the success ratio so low regarding people going after their dreams and achieving it in our country?


Through lots of hard work and true dedication, anything is possible in the world. To do or not to do is your own choice, we control our own life.

I would rather be a failure in doing something that I love than be a success in a work that I hate.

Basically, I think that lots of people fail because there are lot of people around them to pull down. If a young boy tells his parents that he is going to be the biggest rock star in the world, the response he gets is “Oh.. Really? You look like a rock star already. Look at your attitude, look at how you react.. bla bla bla”. What I mean is nobody takes him seriously. He is surely to be laughed at by his parents saying that playing music is not a real job. You cannot get the status in society doing that. The person might also be told that he cannot make big in the music industry or that he will never be as good as the artist that we see in MTV or VH1. This is the reason that people generally opt for normal and common subjects for their studies instead of something that they like. Over time they are more likely to lose their interest in the things that they were in when they were young. While they are young, they are in this phase where their interest drives them and they put in their level best to achieve perfection.

On the other hand, the support that they get from their families and friends are really less. As they indulge less and less time in their hobbies as we may call it, they also become rusty. By rusty, I mean that they lack practice and sooner will not be as good as they thought they would be one day or even as good as they were. After this, when a person looks back in their life, they might have a lot of regrets. They might think to themselves that if the decision that they made with their life was the right one or not.

We all might have heard that if we do the thing that we love, everyday work doesn’t seem like an everyday work. According to me, we all should work on making this possible. If we die, we should die with a smile on our face. I would never want to lie on my deathbed with regrets regarding the decision that I have made in my life. We all think that we can touch the sky when we’re young but sooner the world teaches us that the sky is too high for us to touch. As we hear this fact, again and again, we start believing it. After this, we stop trying and start doing the thing that a man claims is do-able. We would have never stepped foot on the moon or traveled to space or even climbed the highest peak in the world if we hadn’t believed that we could do these things. These things were once considered impossible to achieve but what man has proven that we as superior human beings with an intellectual mind and can achieve anything in the world if we set our minds for. Through lots of hard work and true dedication, anything is possible in the world.

I would rather be a failure in doing something that I love than be a success in a work that I hate. To do or not to do is your own choice, we control our own life. Give your best and believe in faith.
Dare to dream big! 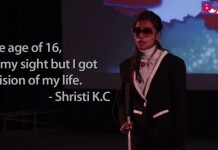 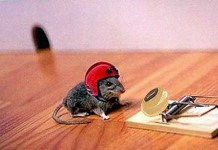 Being Optimistic : Hopes for Tomorrow