Home Health & Beauty Ebola Virus : Should we be afraid?

Ebola virus is the sole member of the Zaire Ebola virus species, and the most dangerous of the five known viruses within the genus Ebola virus. It was firstly described in the country named Zaire (now Democratic Republic of Congo). Its natural reservoir is believed to be bats, particularly fruit bats, and it is primarily transmitted between humans and from animals to humans through body fluids.
Ebola virus directly attacks the nervous system of the body.
Ebola virus was first identified in Sudan and Democratic Republic of Congo. This disease mostly outbreaks in hot sub¬- tropical region. From 1976 to 2014, total 1716 cases of this virus have been reported by World Health Organization (WHO). Largest outbreak of this disease in ongoing 2014, which is affecting African countries like Nigeria, Liberia, Guinea and sierra Leon. As of mid-August 2014, around 2,127 suspected cases resulting in the deaths of 1,145 have been reported.
Primary symptoms
– Sore throat
– Loss of appetite
– vomiting and headaches.

Finally, patient bleeds to death from any parts of body internally and externally.

Once humans are infected, it transfers through simple body touch too. Virus may also transmit by touch of blood or any body fluids. Spreading through air has not been accounted in the transmission of this virus. If the infected person does not recover, death due to multiple organ dysfunction syndromes occurs within 7 to 16 days (usually between days 8 and 9) after first symptoms. It is reported that 90% of infected person have died.
No specific cure has been developed to act against this virus. Slightly sweet and salty water are given to drink to those who are showing primary symptoms of Ebola virus. This disease has high risk of death killing approximately 90% of those infected with this virus.
It is reported recently that two patients were cured infected from Ebola with the test medicine. They are confirming the effectiveness of the test medicine. Let’s hope they produce the medicine for general purpose without any delay.
As we all know, prevention is better than cure.
Some of the following measures can be followed to stay safe from Ebola.

– Checking animals for infection and killing and properly disposing of the bodies if the disease is discovered.
– Meat should be properly cooked and protective clothing should be done while handling meat and any meat products.
– Washing hands and wearing protective clothes treating infected patient may also be helpful.
– Samples of bodily fluids and tissues from people with the disease should be handled with special caution.

Recently it has been reported in our neighbor country, India.
Since people keep travelling to and from African countries, those people might have been infected so it is really very important to have health check up desk to ensure that infected person does not transmit the disease to other person. Strict health Check up at airport and border area has to be implemented without any delay. 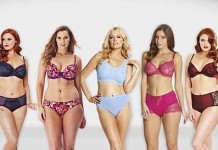 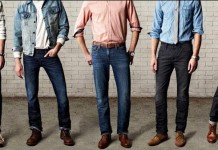 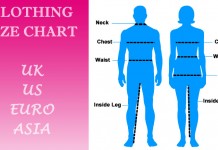